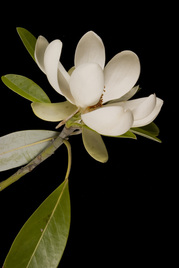 Finding Species has collaborated with the Smithsonian Natural History Museum, Department of Botany to document woody plants of the Washington, DC Metro Area and the trees and shrubs of New York City’s Central Park to protect native plant species, habitats, and the wildlife that depend on them. This collaboration has developed with Columbia University and the University of Maryland to create what is now known as LeafSnap. Finding Species is currently working closely with the Canadian Wildlife Federation to expand the project into Canada. The organization is also seeking to document all native plants and their habitats making them available and accessible via the Internet and smart phones, viewable in their Finding Species SmugMug Galleries. Finding Species seeks to develop projects that evoke active natural encounters of individual species to learn about local environments, and in case like LeafSnap, as they become citizen scientists.
Native Plants Project including LeafSnap Collaboration 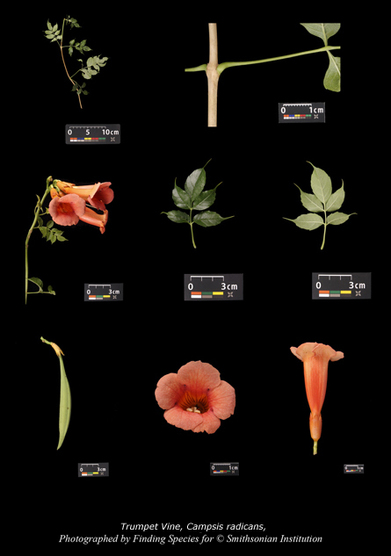 Finding Species sees a critical need for more information and excitement about native plants. We are losing native plant populations to fragmentation, habitat loss, and invasive species. Native plants are important for many reasons: they maintain native pollinator populations; they support migratory birds; they provide food and shelter to wildlife; they maintain the genetics for future domesticated crops that are already adapted to local climates and water supplies.

Conservationists, field biologists, land managers, and land landowners do not have enough tools to identify the plants that they seek to protect and study. They need to be able to identify species reliably, but often cannot. Gardeners encounter inadequate photographs and overly technical texts even if they would like to pursue native gardens. They need quality photographs to conceptualize how different species will look, and simple supplemental texts, in order to fill their rain gardens, roof gardens, or backyard habitats with a biodiverse landscape.

Finding Species is meeting those needs. We are taking stunningly beautiful and standardized photographs of native plants and bringing native plants to diverse audiences with botanical information and cutting edge technology. Finding Species photographers and botanists are working in an inter-disciplinary team of researchers from major institutions: Smithsonian Institution botanists, Columbia University computer scientists and visual information experts, and University of Maryland advanced computing scientists.
​
These institutions have developed a free iPhone, iPad and coming soon android app ( see www.leafsnap.com) that can be used to identify plants. Users can snap a photograph of the leaf of a plant they wish to identify using their smartphone, and upload it using the app. The best matches for those species are returned to the user. Species matches can be browsed, and profiles of each species feature numerous high-resolution photographs by Finding Species—of leaves, flowers, fruit, seed and bark. Finding Species has been finding, photographing, and writing profiles of plants for LeafSnap since 2007. There are several thousand high-resolution photographs by Finding Species in the LeafSnap app. More species profiles and photographs are completed each field season. The photographs we have taken and the species identifications are backed by pressed voucher specimens, and more recently by DNA tissue samples, housed at the U.S. National Herbarium in the Smithsonian Institution.
Background, Funders and Acknowledgments for our Native Plant Project & LeafSnap Collaboration 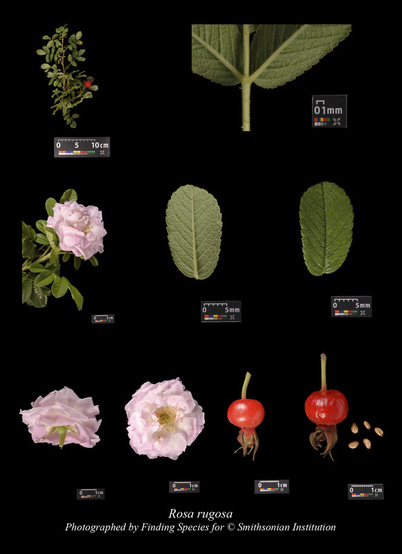 The Smithsonian Institution funds and oversees Finding Species’ work for the LeafSnap Project. Finding Species received an angel-matching grant from Carrie Steedman and the Liddell family to initiate the organization’s LeafSnap work, which has been growing annually. From 2007–2012, Finding Species created sets of its Standardized Plant Photographs of Botanical Field Characters, corresponding metadata, and Plant Profiles (descriptive texts) for over 315 species for the woody plants of the DC area and the trees and shrubs of Central Park, New York City. These species included natives and non-natives (whether introduced, invasive, naturalized, or cultivated exotics), and represented trees, sub-shrubs, vines, and herbs.

In the summer of 2010, Finding Species documented over 20 of the tree and shrub species of the Northeastern United States, including native and introduced trees. For that phase, Finding Species increased documenting work to include iPhone photographs and DNA collection. Throughout the years, Finding Species has pressed herbarium voucher specimens, whenever logistically feasible.

In 2011, Finding Species worked to finalize documentation of 185 tree and shrub species in the Northeastern United States, through additional standardized plant photographs, iPhone photographs, DNA. These 185 species were successfully launched to the public in the iPhone app on Earth Day, April 22, 2011. LeafSnap was incredibly successful with a half million downloads within the first six months.