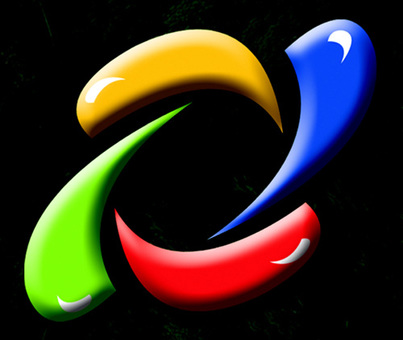 Project Goal: to create a sustainable future for Yasuní National Park and identify alternatives to high-impact activities threatening the park. Finding Species is focusing its work in three realms: 1) Bringing the park to the public and decision makers through photographs, so that the public and decision makers can see and relate to what is in the park and why it is valuable 2) Strengthening the scientific information about the park, and making it more accessible to decision makers, the public, and the press. 3) Promoting the ITT Initiative and other viable alternatives that can protect Yasuní and to serve as a model for how high biodiversity forests can be kept intact.

Yasuní National Park protects among the most biodiverse forests per hectare of any forests in South America, and perhaps in the world, according to a 2010 analysis by Finding Species’ staff scientists with a prominent international research team. Yet Yasuní is threatened because of the oil reserves beneath it. Oil concessions are mapped over much of the park, and access roads and pipelines have been built or could be proposed in the near future. The ITT Block, overlying the remote northeast corner of Yasuní, holds three proven oil fields (Ishpingo-Tamboococha-Tiputini), and has been slated for production. Finding Species is engaging with scientists and engineers to provide technical information about biodiversity, renewable energy, and alternatives to oil roads. Finding Species has widely circulating this information to decision makers and the media by compiling it into straightforward text and beautiful photographs, making it readily digestible and compelling. To further provide solutions rather than just seek to stop oil production, Finding Species together with UNESCO and with the support of UNDP and FLACSO organized an influential workshop in Quito attended by Ecuadorian ministers, civil society leaders, and technical experts: Renewable Energy and Post-Petroleum Development (Energía Renovable y Desarrollo Post-Petrolero). Similarly, Finding Species has been working with the Ecuadorian national government and civil society organizations on the Yasuní-ITT Initiative, a novel alternative to oil drilling in this environmentally sensitive area.

Finding Species is working to protect Yasuní National Park in Ecuador, one of the most biodiverse parks in the world. Yasuní is threatened by industrial development, road-building projects, and illegal logging and hunting. The main strategic aim of the campaign combined public education, media outreach, a traveling photographic exhibit, dissemination of the technical report on the biodiversity of Yasuní and the impacts over it by road building produced by the international leading tropical scientists joint in the “Scientists Concerned of Yasuní” network. The campaign has raised national and international attention on the region and avoided the construction of a new oil road within the Yasuní, known as the Save Yasuní Campaign (see the Signature Species Program). Finding Species formed a network with more than 50 leading neotropical research scientists, who helped with charts and technical reports on the park’s tremendous biodiversity and threats to it. Finding Species met with senior government officials to present the findings of the reports and seek better alternatives for development. This campaign and the associated exhibition of the Signature Species of Yasuní resulted in extensive media coverage, including articles in the New York Times, Ecoamericas magazine, El Comercio and La Hora (two leading national newspapers in Ecuador), the Dow Jones Newswire, Associated Press, AFP, the Environment News Service, and commentary on several Ecuadorian radio stations.

Finding Species created an intense focus on conserving Yasuní, and the political will to do so, both within the Ecuadorian government and internationally. These conditions enabled the Ecuadorian government to launch its ITT Initiative, a government–led project. The ITT Initiative aims to obtain international funding for the Ecuadorian government, in compensation for leaving oil reserves under the ground and untouched. Building on our expertise and contacts from our Save Yasuní Campaign, Finding Species is supporting the Ecuadorian Government in this initiative. We are working with scientists and engineers to bring technical information about biodiversity, renewable energy, and alternatives to oil roads, to decision makers and the civil society through the media in non–technical text and images, thus making it readily digestible and compelling. Finding Species developed documents for the government’s negotiating committee for the most important climate change meetings in the last three years. Finding Species also hosted, with funding from UNESCO and UNDP, Ecuador’s first Renewable Energy Conference to shed light on the need for this kind of initiative and the need to change the development path within Ecuador to a more sustainable one. As part of this campaign, Finding Species created a TV documentary, broadcasted at prime time nationally, to tell the world the importance of this ITT Initiative.
http://www.tvecuador.com/index.php?option=com_reportajes&view=showcanal&id=1212&Itemid=27

Finding Species has worked closely with the local government of Orellana, the province where this important park is located, publishing a book that compiles a great deal of information about the biodiversity and cultural richness of the province. As a secondary product to this book, we created an interactive CD with the information in an easy–to–understand way accompanied with images, and maps, that is to be used in all the schools in the province. Finding Species has overall created a photographic archive to promote Yasuní National Park’s biodiversity in every effort to protect and conserve the park and all it’s inhabitants.